Standards & Poors addresses the great economic crisis of Spain in 2008-2011 through real estate issues. With a minimalist approach, the project pushes documentary photography towards a quasi laboratory experience. The work is at the same time a reflection on the status of images and their ambiguity, a denunciation of neo-liberal speculative mechanisms and an artistic installation that engages the public to live an experience that can impact his integrity.

Standards & Poors evokes four deserted spaces, in the suburbs of Barcelona, Valencia, Murcia and Madrid. Pharaonic real estate operations were about to be built there on the eve of the 2008 global subprime crisis.

These projects for casinos, golf courses or 5-star hotels, valued at several tens of billions of euros, seem excessive today, as Spain is littered with unfinished buildings a few years later. Castellon airport remained unfinished and empty until 2015, and the ghost town of Valdeluz remained a symbol of the crisis until 2018.

Standards & Poors explores the documentary capacities of the photographic image and its inscription within a political system. The installation is composed of two sets of photographs and a light installation of UV lamps. The first photographic piece documents the four territories subject to the gigantic projects. These are Xerox prints or mainly polaroids that are no longer produced. The polaroids and toner prints have been treated beforehand to reduce their UV protection: the light installation gradually destroys them with each exposure. The photos in the second photographic piece are protected from light radiation by specially-made anti-UV glass, which reminds us the tint of sunglasses. The photographs are thus perfectly protected from light radiation.

The light installation, consisting of UV lamps used for archaeology, artificial tanning, authentication of works of art or bank notes, irradiates the exhibition space. The art pieces as well as the public are affected by the light, they must wear protective eyewear to avoid any burn to the retina. 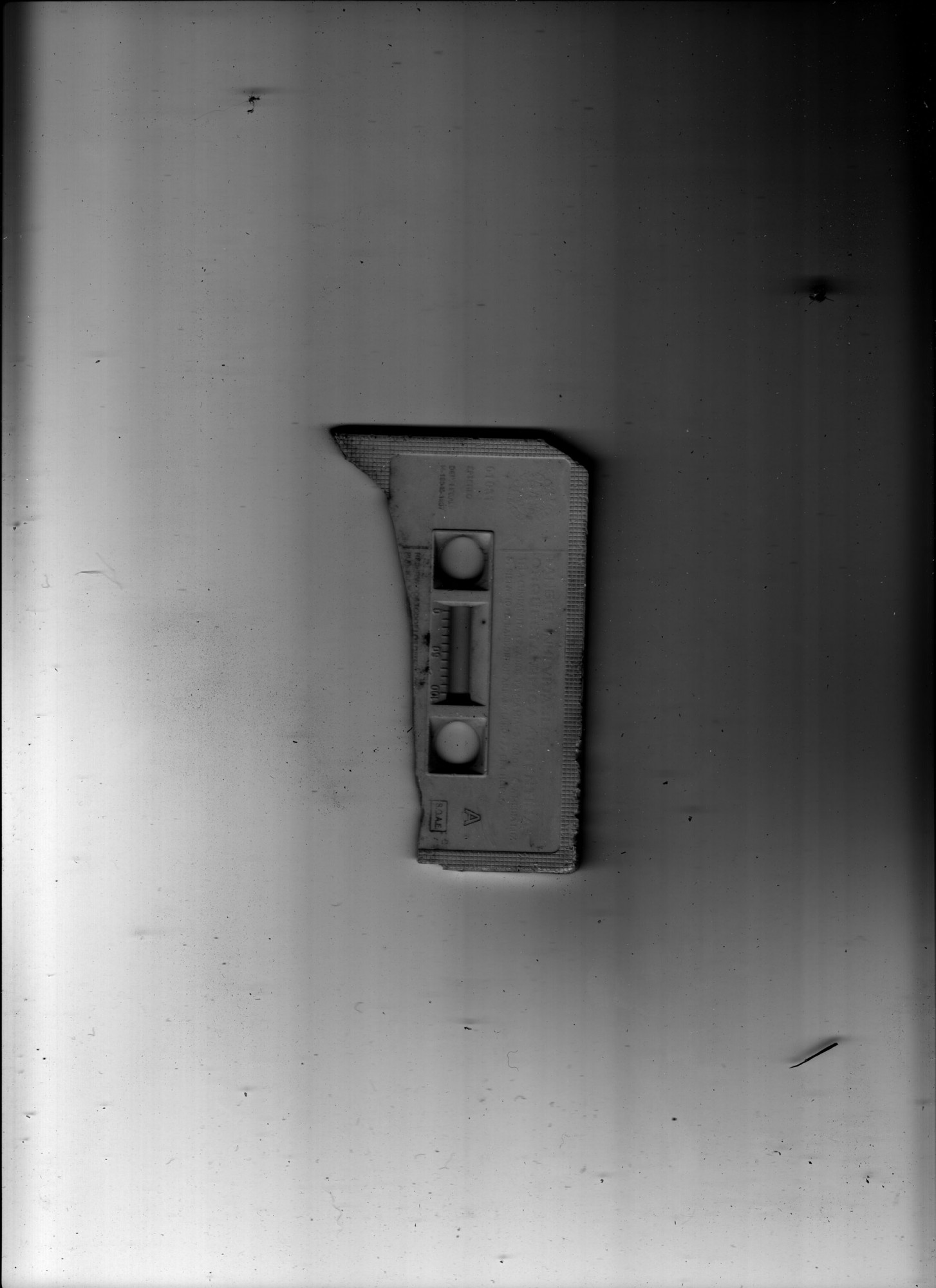 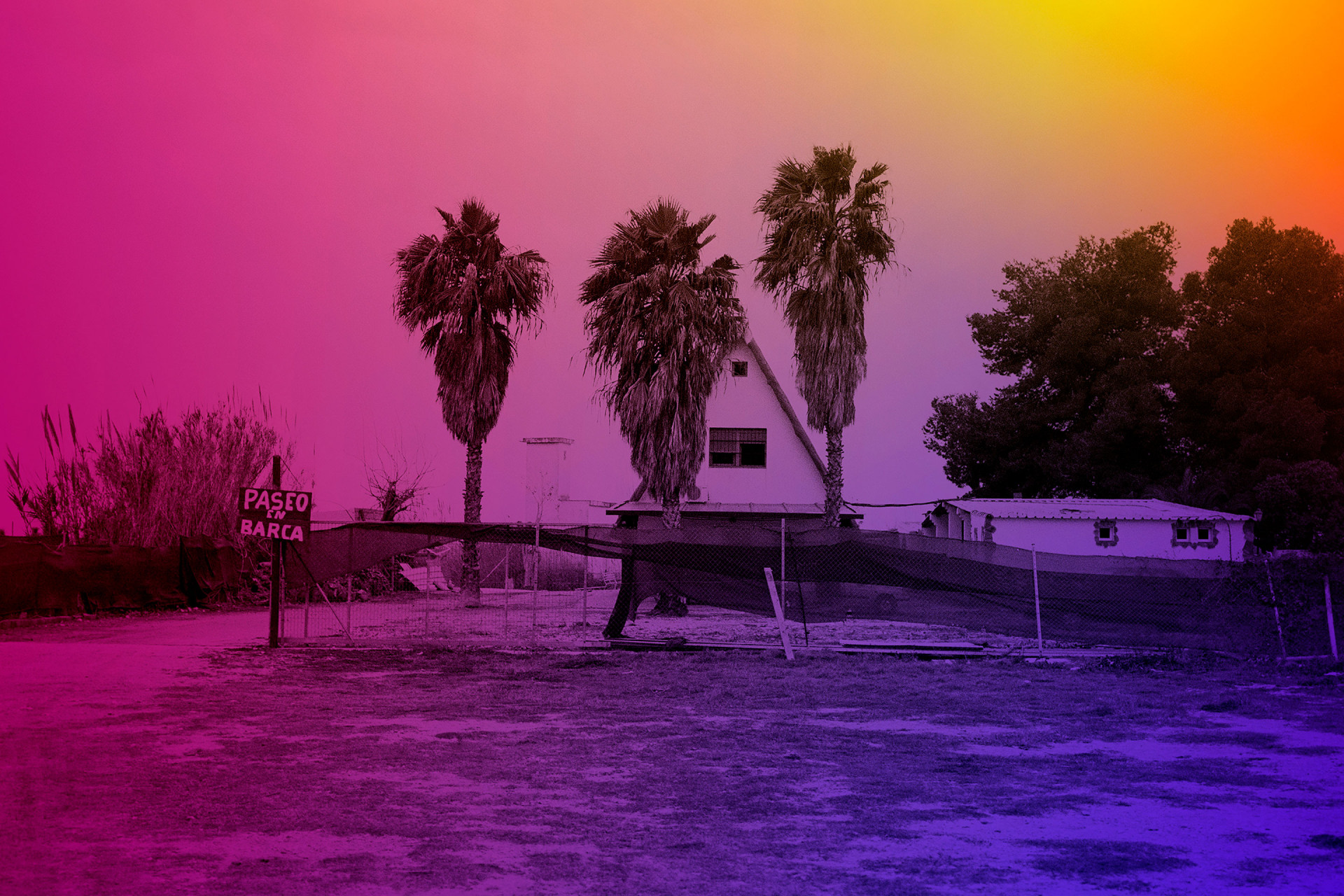 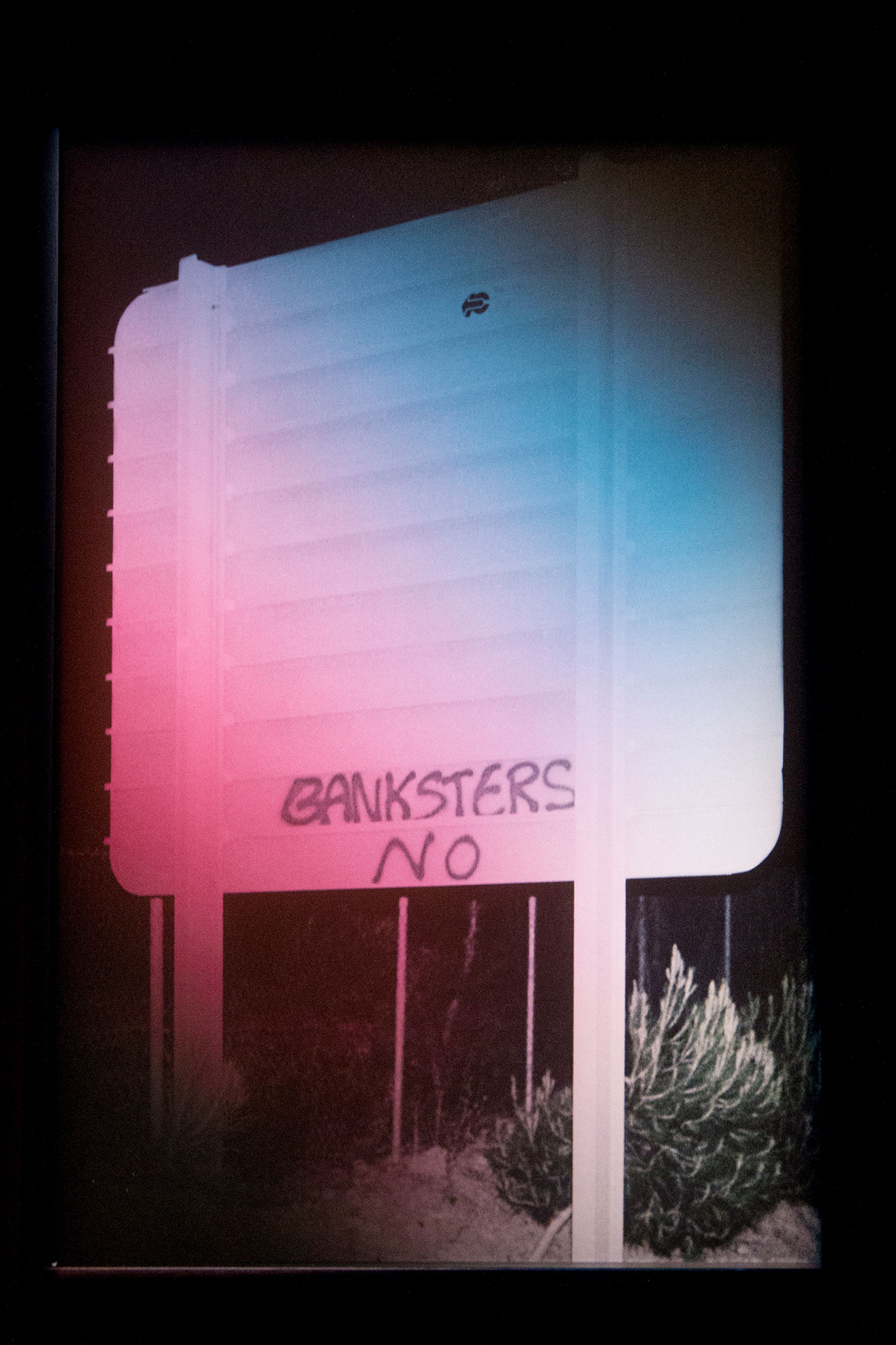 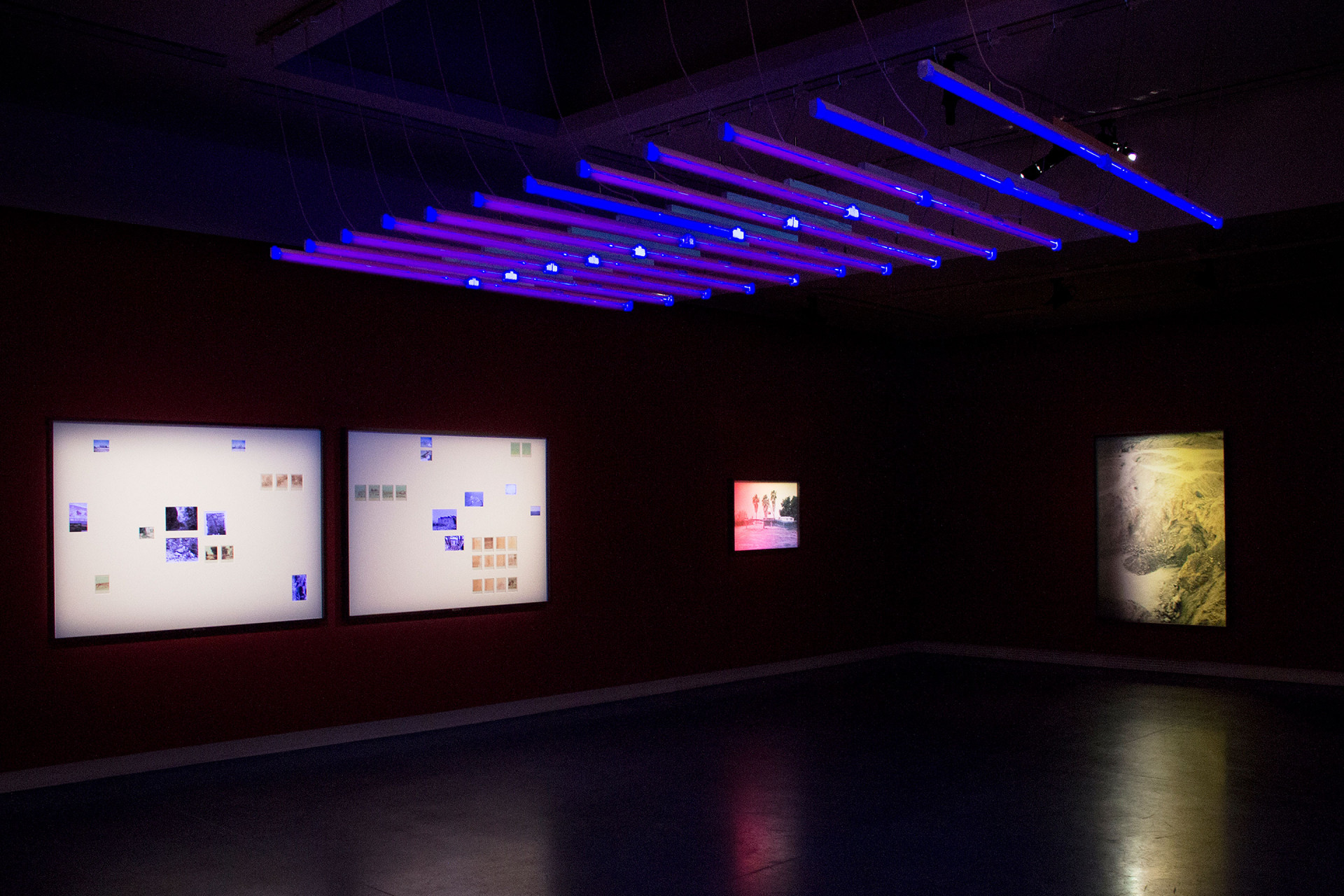 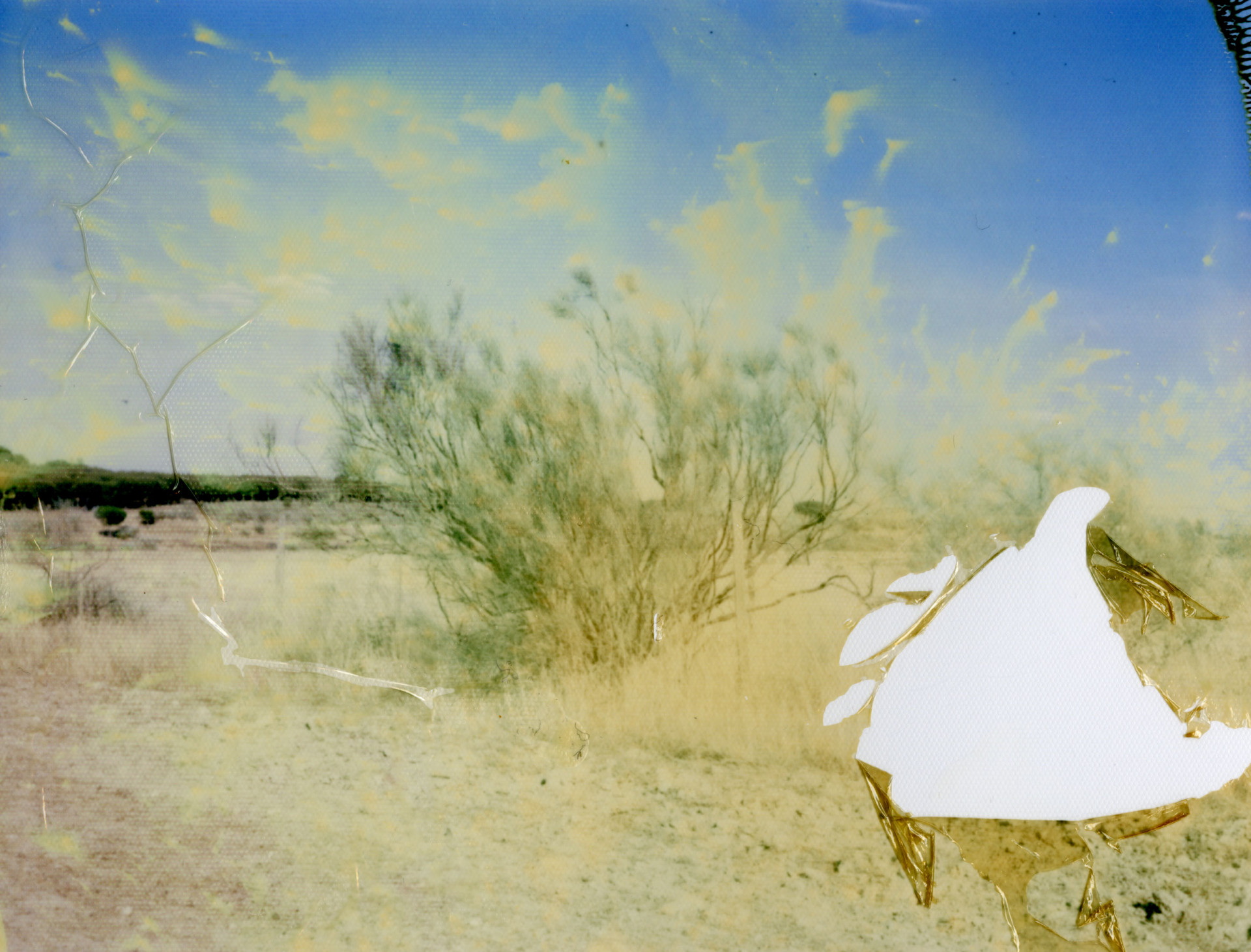 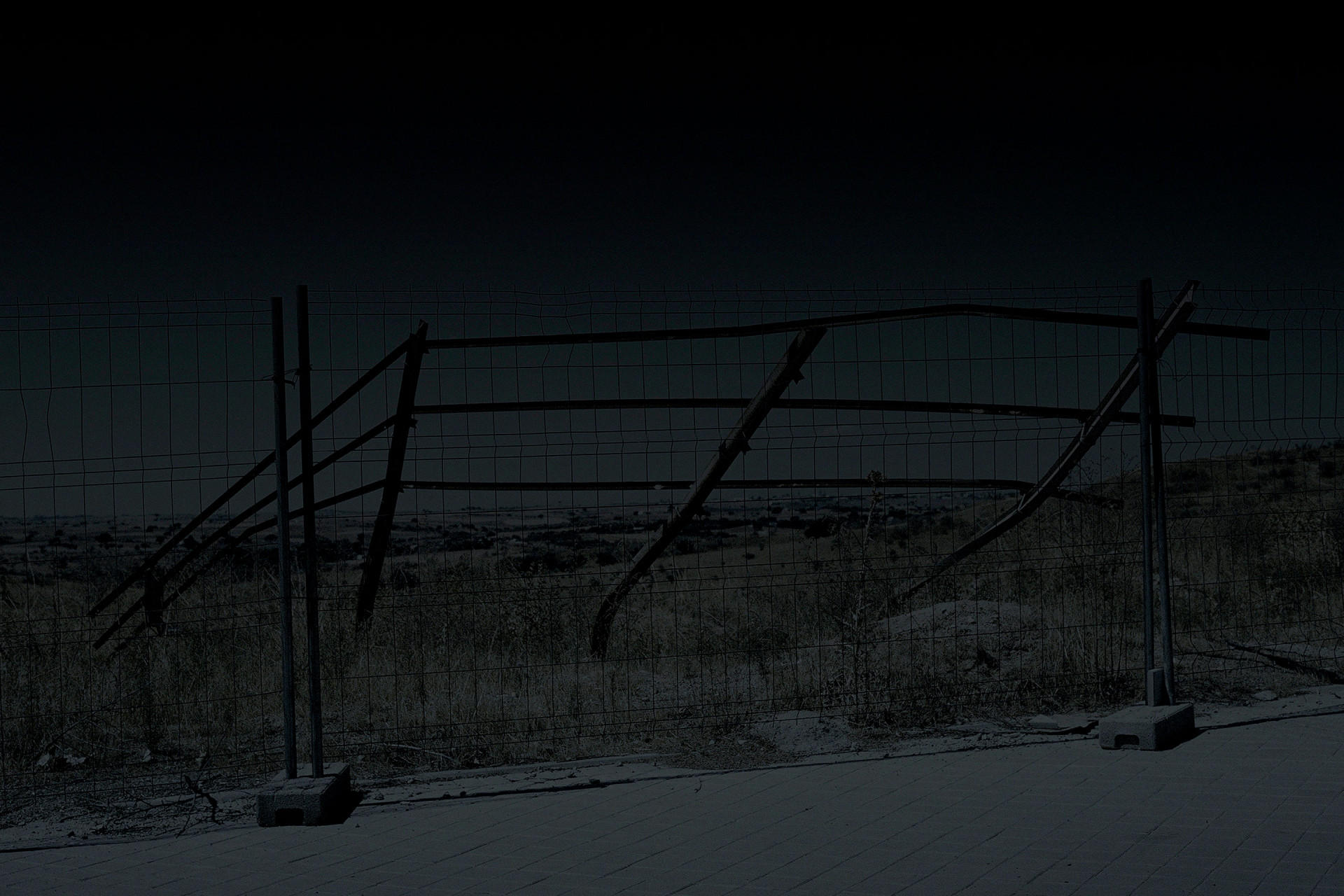 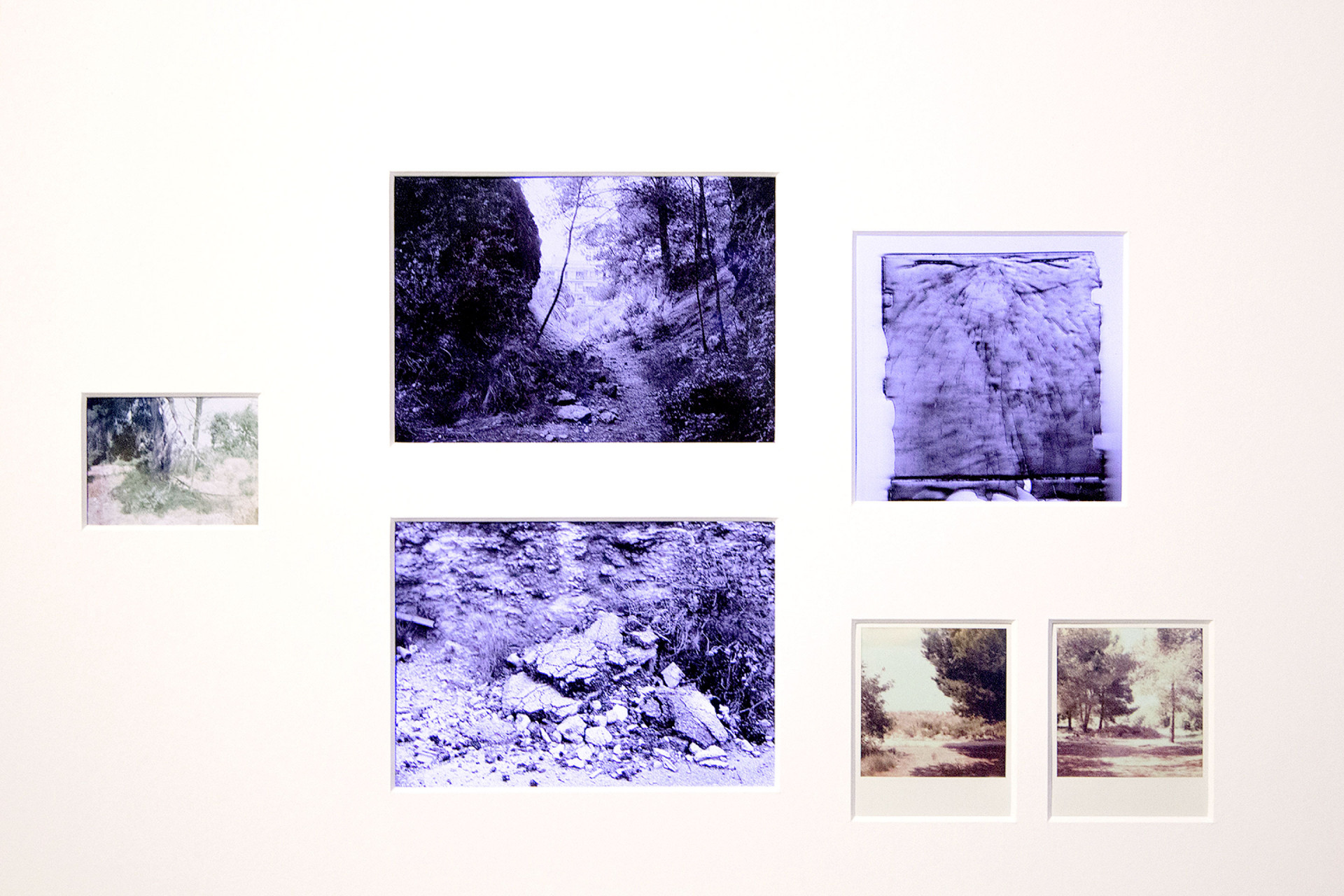 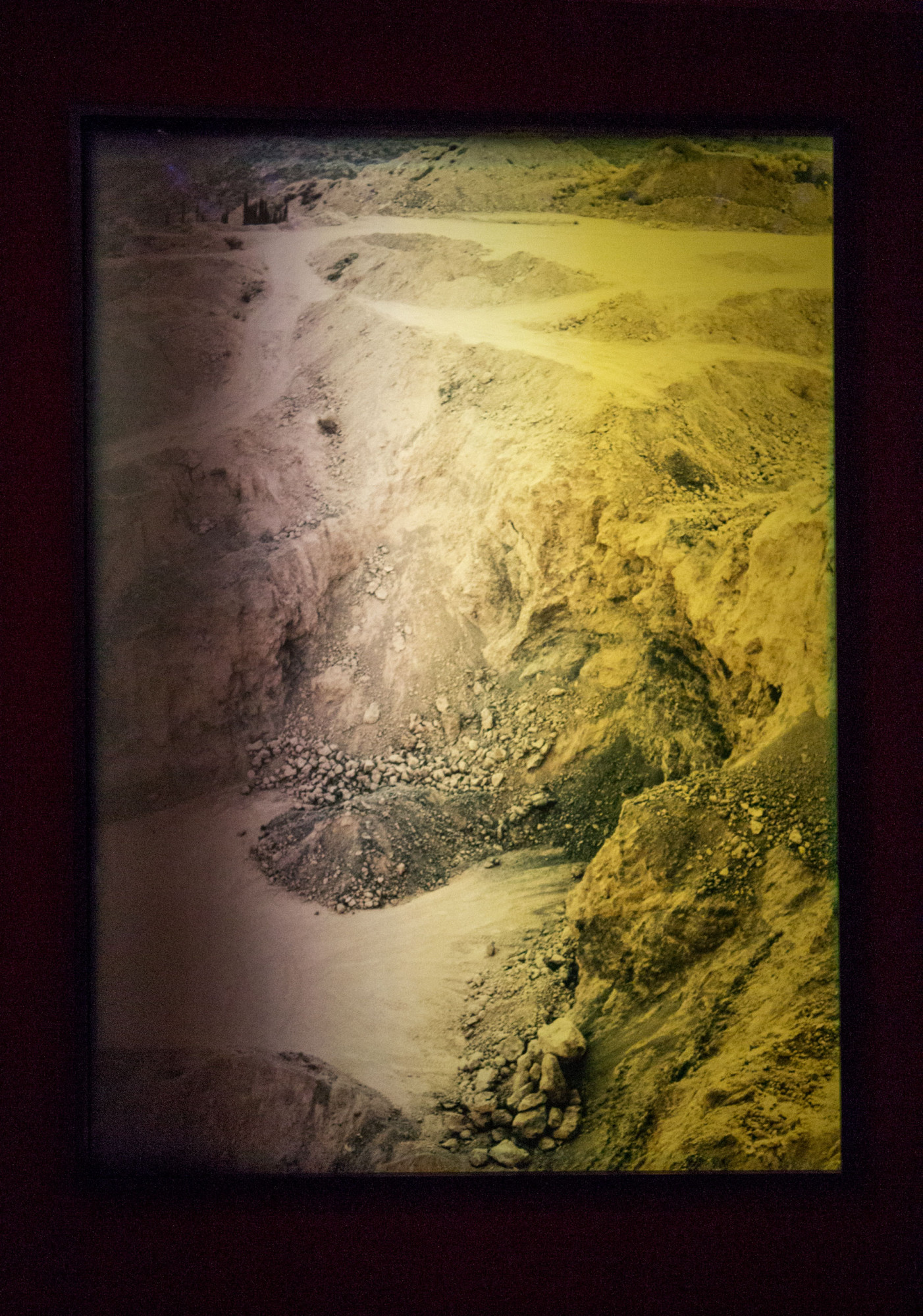